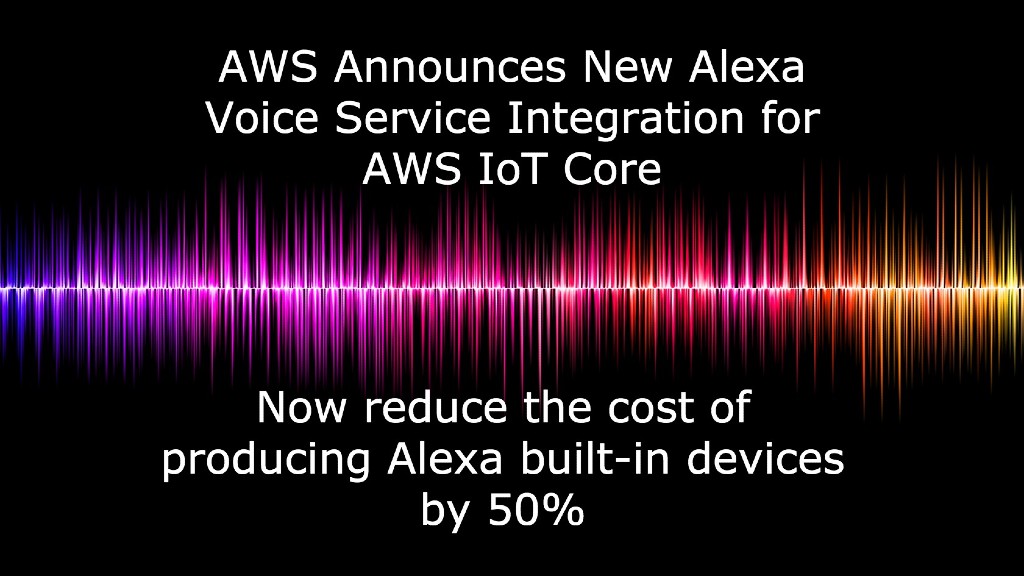 What is AWS IoT Core?

AWS IoT Core is a platform that enables you to…

What can i do with AWS IoT Core ?

AWS IoT Core allows you to easily connect any number of devices to the cloud and to other devices.With support for custom and industry-standard protocols, your devices can easily  communicate with each other even if they are using different protocols.

How secure is AWS IoT Core?

IoT Core provides end-to-end encryption throughout all points of connection and also provides  automated configuration and authentication upon a device’s first connection to AWS IoT Core,which makes it impossible for data to be exchanged between devices and AWS IoT core without proven identity.

Can I use IoT Core with other AWS Services?

What is Alexa Voice Service?

Alexa Voice Service is a cloud based service that allows device makers to integrate Alexa features and functions into a connected product.

What is  Alexa Voice Service Integration?

What is the pricing of AWS IoT Core?

There is no minimum fees or any mandatory usage charges.Its  pay-as-you-go service with pricing calculated for the components used.For Details of components and pricing click here

What are the similar services offered by other Cloud Service Providers?

ContactUs  for any of your AWS, Azure, Google,DevOps Consulting, Implementation and Support Services.